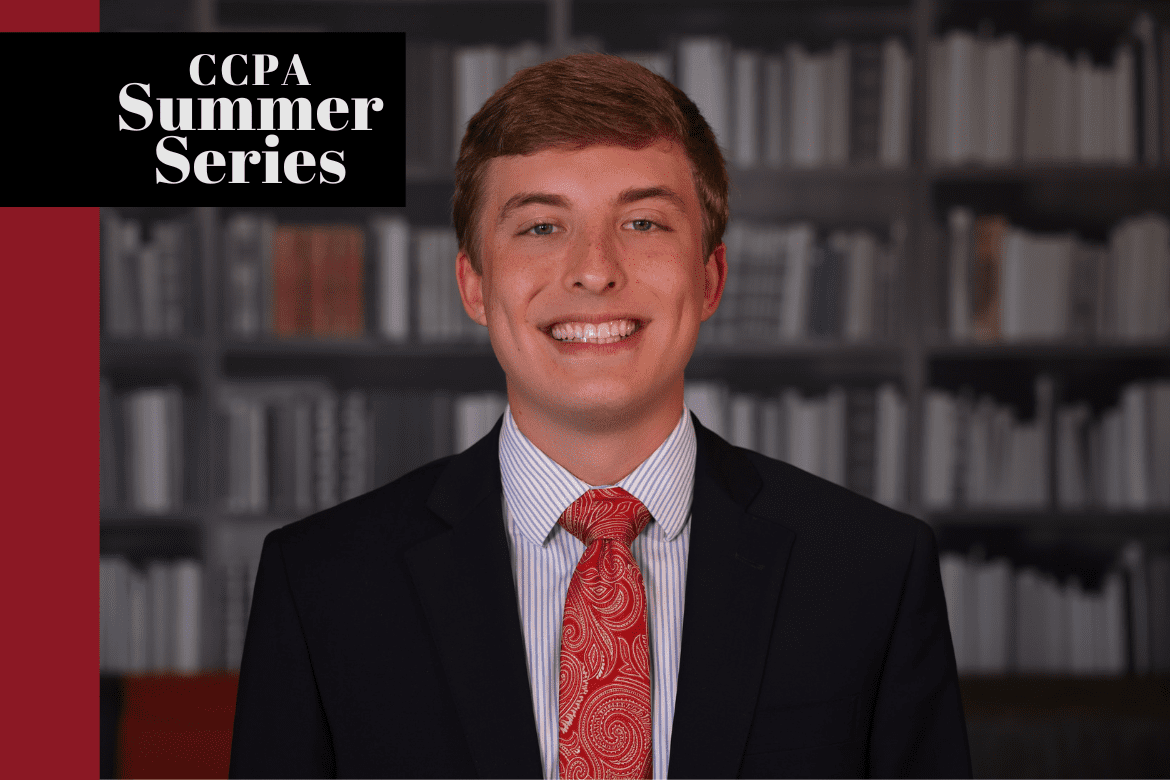 Growing up the son of an English teacher, I’ve always valued freedom of expression. Some of the works of literature I’ve most enjoyed discussing with my dad have a history of being banned and censored, like One Flew Over the Cuckoo’s Nest, Howl, and The Catcher in the Rye.

This summer, thanks to support from the Liberal Arts in the Workplace Grant for students on Financial Aid, I had the opportunity to work as a Summer Intern at the Foundation for Individual Rights and Expression (FIRE) and build on my passion for civil liberties and free expression. FIRE’s mission is “to defend and sustain the individual rights of all Americans to free speech and free thought—the most essential qualities of liberty. FIRE educates Americans about the importance of these inalienable rights, promotes a culture of respect for these rights, and provides the means to preserve them.”

My internship at FIRE took place during an exciting period of organizational change: formerly known as the Foundation for Individual Rights in Education, FIRE expanded its mission this summer to include off-campus First Amendment advocacy and was renamed to become the Foundation for Individual Rights and Expression. The ten of us taking part in FIRE’s Summer Internship program got to engage with all sectors of the organization’s work, from communications to litigation, and were assigned a variety of group and individual projects from each department.

Working at FIRE’s office in Center City—located right across the street from the Liberty Bell and National Constitution Center—was incredibly exciting. Over the course of my internship, I was able to learn constitutional law from FIRE’s Legal Director in weekly seminars, engage in a speakers series featuring expert guests like Jonathan Zimmerman, and compile research memos for FIRE’s president & CEO detailing individual case studies of censorship. In June, I collaborated with my fellow interns to organize and lead a three-day conference focused on engaging 100 student attendees on First Amendment issues. Throughout the conference weekend, I managed FIRE’s social media accounts and took part in several presentations.

One of the highlights of the internship for me was the opportunity to write two articles for FIRE’s Newsdesk. The first article I wrote was “From Berkeley to Haverford: Have we forgotten the progressive history of free speech on college campuses?” In it, I analyzed the history of free speech on college campuses, beginning with the Free Speech Movement at UC Berkeley in the 1960s. My central argument was that today—at schools like Haverford—we’ve forgotten how free speech and social progress go hand-in-hand, and that by adopting restrictive speech codes (even with good intentions), we undermine the progressive values of openness and tolerance that we claim to uphold. My second article, titled “Comeback of the catechism: When today’s speech norms launch old inquisitions,” analyzed a case study in art censorship which I came across in a research seminar at Haverford last spring. Shockingly, a famous Goya painting from the eighteenth century was censored both by officials of the Spanish Inquisition in nineteenth-century Madrid, and also by university administrators at the doorstep of the twenty-first century in the United States. I thought these two instances of censorship, united in target but drastically different in place, time, and rhetoric, demonstrated how censorship can wear many masks, some more palatable than others, while always bringing the same insidious harms to society.

In addition to the writing I did for FIRE’s Newsdesk, I was also able to write two legal memos and conduct research on First Amendment law, cultural speech norms, and censorship in American society—with a particular emphasis on higher education. Finally, I performed several administrative tasks, such as data entry and updating contact lists, and addressed office needs as appropriate.

This summer was instrumental in deepening my knowledge of civil liberties and First Amendment law, as well as strengthening my commitment to the values of free speech and free thought. It was exciting to see FIRE get involved in defending First Amendment cases that were making news headlines, such as when Virginia politicians sought to ban two award-winning books, Maia Kobabe’s Gender Queer and Sarah J. Maas’ A Court of Mist and Fury, from libraries and bookstores in the state. FIRE, in partnership with the Woodhull Freedom Foundation, filed an amici curiae brief arguing against the “current national push to ban books discussing sexuality, identity, and other controversial topics,” and asked that the court “remember what we’ve told college administrators for years: subjective offense is no justification for censorship.”

Between my internship at FIRE this summer and my work last summer on the Migration Encounters/Beyond Borders oral history project, I have developed a strong interest in working at the intersection of legal advocacy and nonprofit work, and I hope to pursue a career in public interest law.