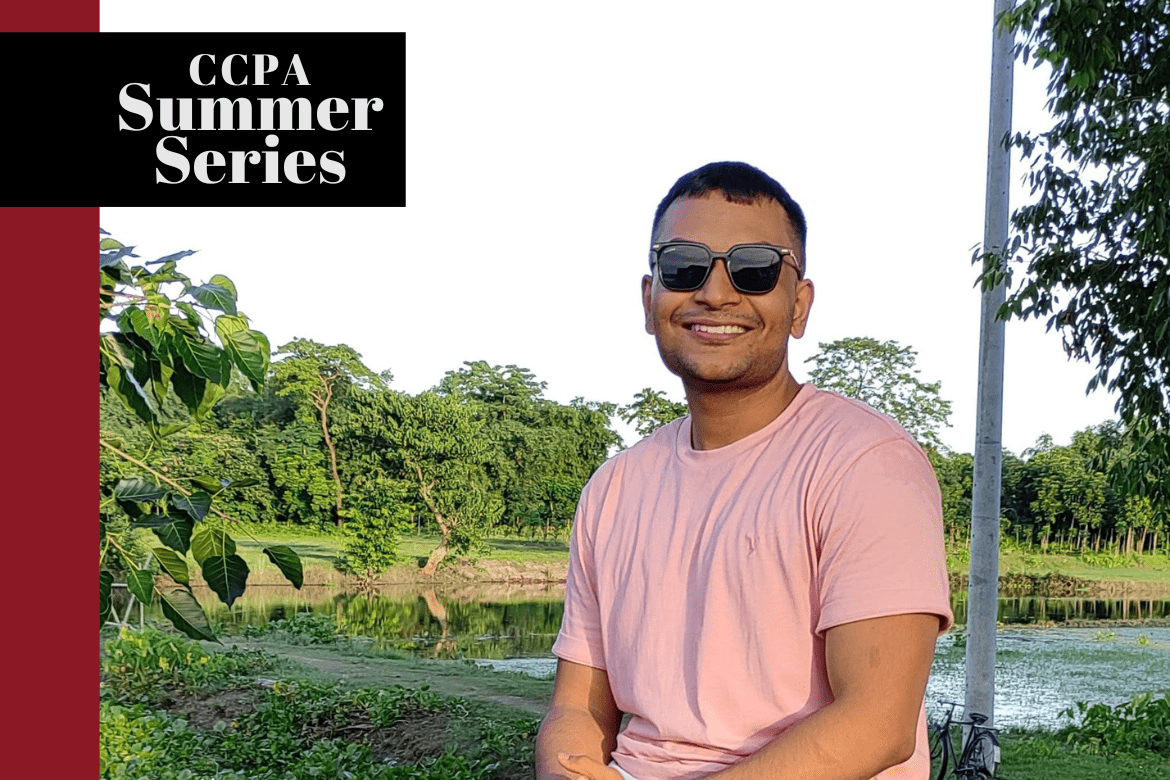 I spent this summer working for Rupali Bank, a state-owned commercial bank in Bangladesh. This public limited type of company has historically been a powerful tool for the ruling political party to expand its social safety net programs. The bank has grown to become one of the biggest Public Limited Banking Companies in the nation, with more than 5,000 employees and over 500 branches.

My interest in this job was sparked by Rupali’s extremely conscientious offering of improved and enhanced deposit product schemes that provide numerous customer benefits and a wide range of options, particularly for those who fall within the bottom percentile of the income distribution. In accordance with this, my study involved using SWOT analysis to compare “Pothoful” and “Rupali Student Savings Accounts” (RSSA). I understood that the advantages of these programs were that students and street children could open their RSSA and Pothoful accounts with just TK 100 (USD $1) and TK 10 (USD $0.1), respectively, and that since these schemes were created specifically for students and street children, there was no service fee. Along with a generous annual interest rate that was paid twice a year, these young customers could also receive bonuses and gifts when their accounts were opened.

However, despite these incentives, the number of new accounts opened had not significantly increased over time, which demotivated the government’s interest in maintaining them. A portion of my analysis brought up and pinpointed the absence of an effective advertising strategy and a competitive banking industry as the primary causes of this drop. For RSSA, private commercial banking with help from foreign investment always demonstrated to have the leverage of presenting themselves appropriately before the tech-savvy Gen Z. Private banks had been successful in luring high school and college students, who made up the bulk of RSSA’s customer base, with social media campaigns and by increasing the frequency of their physical campaigns on academic campuses. This technologically-dominated marketing made it difficult for state-owned banks like Rupali to seize market control. As a possible explanation for why Rupali lacked expertise in digital marketing, my favorite part of the experience was, in fact, exchanging ideas with my manager during our afternoon conversations about the Bangladeshi government’s existing civil service system’s lavish job security.

The majority of the current state-owned banking workforce had been in place since the early 2000s, and many of them had begun with less apparent computer literacy. I learned that there had not been many thorough training programs offered over the years to instruct the staff members on digital banking, but in the meantime, the staff members were routinely being tenured in their employment due to their yearlong working experiences. According to what I understood, this prevented the employees who were enjoying the coveted government job security from developing their skills further. This left a gap in the state-owned banks’ online operations, which had an ongoing negative impact on their current deposit plans for the younger generation.

By the time my internship came to an end, my data analysis of the deposit patterns indicated that Rupali Bank had neglected charity initiatives like Pothoful by focusing on providing credit to practically all the country’s business activity. This was made abundantly evident to me when I learned that Pothoful had only 0.1 percent in capital funds of Rupali’s whole savings plan. Although my team first believed that the Pothoful fund ought to be low because it served children who were in the lowest income quartile of the distribution, I later gathered evidence to show that there were areas where the situation could have been improved. First off, the NGOs listed to promote the programs were not specified on the website or in the brochures; instead, they were identified as being nationally registered NGOs. It was, thus, understandable why Pothoful wasn’t operating to its full potential, given that there were over 25,000 NGOs, and a vague description was only available for how to register an account at Rupali’s Pothoful through them. Due to the project’s extremely low short-term return on investment, the NGO officials I interviewed while on field trips accepted the lack of effective supervision and incentive to motivate. Even the banks’ main branches did not provide the option of opening an account. It was possible to open an account if only the target customers went to a certain branch with a certified NGO endorsement. The conclusion was that the bottleneck was brought on by deliberate blindness.

Even so, despite these drawbacks, in my opinion, the opportunity to open simple accounts with such interest rates will undoubtedly give students and poor children quick access to that personal money in the event of a significant upheaval in the government aimed at reducing the inequality in access to national and economic securities. To properly comprehend the procedures enacted by developing nations like Bangladesh to ensure an equitable playing field for all disadvantaged populations, I am really interested in developing a quantitative perspective from my Haverford Economics and Mathematics studies in future.